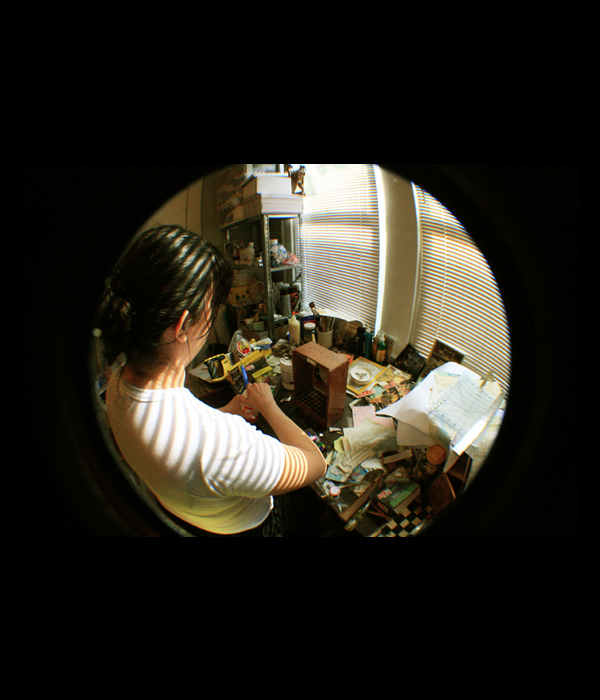 Marisa Avelar joined the Sketchy Neighbors this year and will making her Sketchy debut at the Accerlerando Nonsense show on May 8th, at Record Ranch Gallery, inside Cactus Music.

Here are some images of Marisa in her studio, preparing for the upcoming show.

Artist Bio
Marisa Avelar is a graphic designer, painter and mixed media artist born and raised in Houston. After beginning with traditional oil works,she ventured into mixed media pieces combining paint, found objects,fabric and her own photography. As a fine artist, her influences include the magic realism of her Latin American culture and the art of the dadaists. Her work often attempts to capture moments and memories, and evoke the sense of wonder and magic in life that we often forget. As a graphic designer, she loves the play of type and vintage advertising as well as the clean beautiful work of the modernists.Whether working in design or fine art, she is inspired by the words of Paul Rand: “Design is the method of putting form and content together. Design, just as art, has multiple definitions; there is no single definition. Design can be art. Design can be aesthetics. Design is so simple, that’s why it is so complicated.”

3 thoughts on “Marisa Avelar- Sketchy of the Day”