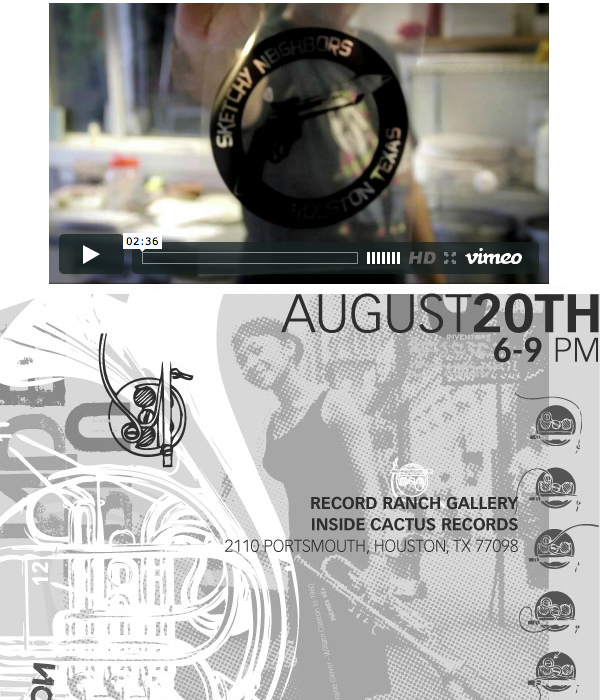 The Sketchy Neighbors present Press Time. They are gearing up for the upcoming show: Free Association Blunder which will be held Saturday August 20, 2011 at Cactus Records in Houston, TX.

Want more of Brenda? Check out her vimeo page too at vimeo.com/brendacruz