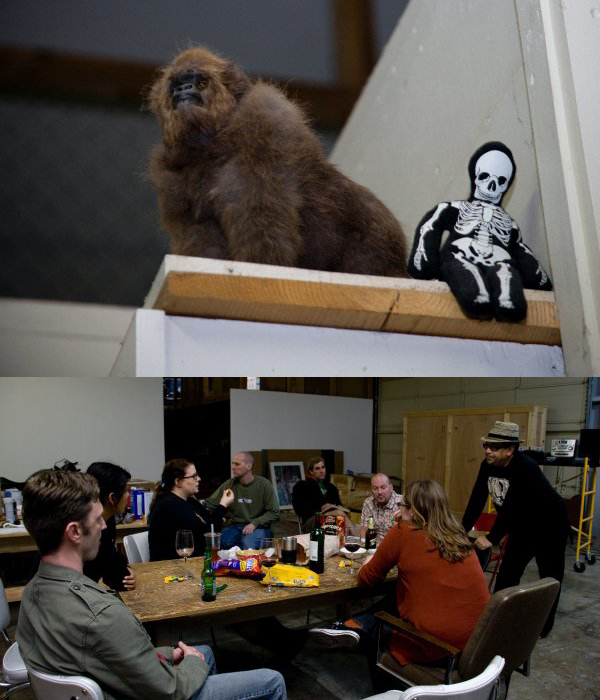 On that fateful February 19, 2009, Katsola and Carlos Hernandez sent out a call to a random collection of local artists they didn’t know and hadn’t ever worked with. “Meet up with us tonight—we’re starting a sketch group!” They gathered at Big Star Bar that night. Red Neck Mother played in the background, Diablo took a crap on the wall, and Carlos bought the first round of Lone Stars and whiskey.

Exactly 39 minutes and 42 seconds into the casual meet and greet, that arbitrary congregation of artists became…the Sketchy Neighbors. And they had a mission.

They wanted to do what no group had done before. They would meet twice a month over the year. At their first meeting of every month, everyone would put their suggestions for a theme and media/material into The Hat—whatever was pulled from The Hat would be what each artist would work on that month. The second meeting would be a Show & Tell—they’d present their sketches or piece and critique each other’s work. And at the end of all this hard work, they would have a big show.

Josie the bartender did the honors for the first round: Life is…on underwear.

This. Was going to be. Fun.

11 Artists
1 Photographer
A Scribe
And their scrappy mascot
Lucky number 13.