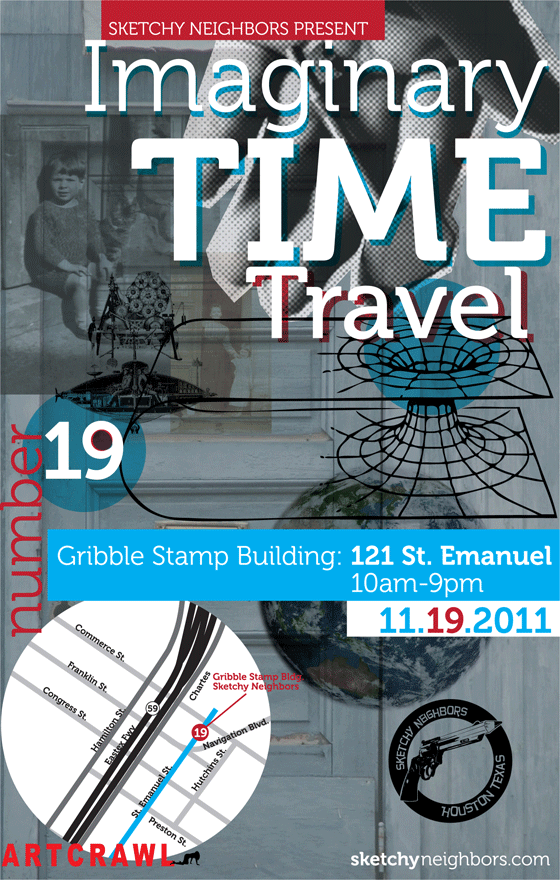 Sketchy Neighbors is participating in the 19th Annual Artcrawl Houston, organized by Motherdog Studios. Artcrawl is an all day event, from 10am-9pm and is free to the public. Sketchy Neighbors is presenting a show entitled “Imaginary Time Travel”, the concept was drawn from the infamous hat along with a material “a closet door”.